Blacklight Releases A Visual Tribute to the East Side of Austin, TX 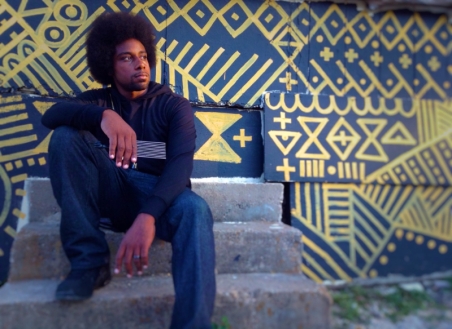 Austin, TX Hip Hop artist/producer, Blacklight presents his first official music video for his single “Colder”  feat. Victoria Zaleska. This track is leading the promotion for the debut album Legacy which is scheduled to be released early next year. “Colder” music visual serves as a tribute to the East site of Austin as it highlights the town along with the members of the community.

I wrote ‘Colder’ a few years ago as an expression of frustration.

The song seems to be relevant to those living on the East side, as gentrification silently dislodges them from their generations-long homes in the area. Throughout the visual, Blacklight is venturing through the city showcasing the beloved region of Austin, TX and their reality as he flows, connecting the dots of what’s real with his lyrics.

“Life is heavy. It’s so heavy that you start to wonder if it’s worth it to keep moving on,” says BlackLight. “The song was always about more than my own struggles, but about those of the people around me. More than anything I want the East side to know that their struggle’s not going unnoticed.”

Check out the music video for “Colder” below:

BlackLight uses his music to connect with his audience on a personal level. “I want to be an articulate voice to the problems that we face, but I also want people to know that it’s gonna be alright- it just takes a little perseverance,” he says about the song. BlackLight promises that the upcoming album will engage the audience on multiple levels. “It’s definitely gonna have conscious elements to it, but there’ll also be the club tracks, the vibe tracks, and the stuff I throw in there for fun. I’m putting a lot of different aspects of myself into this project.”