A totally random, whatever came to mind first, selection of the latest additions to our
New Music Monster 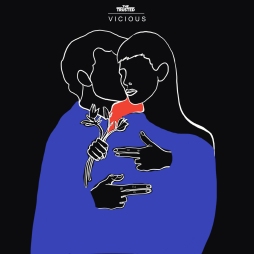 Artist: The Trusted
Track: “Vicious”
Brash Magazine Band of the Year, The Trusted are back with that trademark alt-rock strut ‘n’ dirty indie hook, with new single “Vicious”. Playing over 120 gigs in 2018, the Southend-based four-piece have been grinding it out; building a loyal and engaged fanbase. Single releases, ‘No Real Control’ and, ‘Cigarettes and Chandeliers’, attracted plaudits and airplay from Indie blogs and Radio show alike; while at the same time, demonstrating a growing maturity and sense of musical identity. With a much-anticipated EP in the works, their first release of 2019, “Vicious” offers a tantalizing taste of what’s to come, while, at the same time, providing a yardstick by which to measure the hard-earned progress of the previous 12 months.

Described by lead singer Tom Cunningham as, ‘a playful song about love/hate relationships and conflicting emotion.’, The Trusted’s latest single burns with a quiet intensity through the verses, Dave Batchelor’s drums coiled tight in the pocket, like a caged animal; the bass (Fin Cunningham) shifting with idle menace in the back, Dale Holt-Mead’s guitar coughs in overdriven cranks and spine-tingling licks of bittersweet saturation. Delivered in a series of tense, teased phrases, Cunningham’s vocals work word and image-play sideways, trading off on connections between rhyme and meaning. His voice and lyric switching to sardonic glee and tongue in teeth revelry in the choruses, ‘it’s so vicious it feels so good’; the band opening up around him, Batchelor punching snare and kick in well-worked stabs, with Fun Cunningham running the frets at pace and Holt-Mead’s guitar erupting in blistering crescendo and rasping riff.

While lacking the ‘straight to the gut’ swagger of ‘Cigarettes and Chandeliers’ or the rapturous indie-noise of ‘No Real Control’, the new single, “Vicious” smolders throughout with accomplished musicianship and songwriting craft; engaging the listener with steady confidence and a compelling touch of rock ‘n’ roll attitude. Whereas other bands born of the live circuit might fall into the trap of ‘going at it, 100% of the time’, their latest release, “Vicious” demonstrates The Trusted are not afraid to take their foot off and believe rightly that the stand-out quality of their music, is enough to hold the listener. In showing yet another side to their sound, The Trusted begin the new year as they left the last, proving day by day that they are, indeed, destined for great things.

Latest release, “Hold on Me”, produced by rising star of the UK music scene LVR, is a strikingly accomplished and mature piece of work for two young music makers. LVR’s production is restrained, deliberate and executed with well-judged taste; the track making use of carefully placed vox and percussion sample to great effect. Felstead’s exceptional vocals provide an emotional focal point for the song; his performance delivered with quiet confidence.

Built upon a foundation of solid songwriting, “Hold on Me” is a track of considerable credibility and integrity; an impressive calling card and profound statement of intent for the two talented young Artists.

Artist: Mae Muller
Track: “Leave It Out”
UK-based Artist Mae Muller delivers a 3 minute 16-second dose of dub ‘n’ swagger and word to the wise, with new single, “Leave It Out”. Having only dropped her first track on Soundcloud two years ago, the soulful slow-burn, ‘Close’, the now 21 years old Muller has risen higher than the heels on her Jimmy Choos (Cho-Choos) in 24/7 time, releasing two EPs and catching the attention of a raft of Spotify playlists; her music now earning the attention of 175K listeners a month.

Muller’s first release of 2019, ‘Leave It Out’ arrives packaged tight in well-crafted production, that successfully manages to be both polished and refined enough for the pop charts and playlists, while remaining true to the soul and grit of Muller’s North London origins. Stylishly worked electro dub and deep sub-drops punch and drive the track from the back; 808 style hi-hat, bit crushed to fizz, are delayed percussive; tasty sonics are thrown left/right, saturated and modulated for flavor. The song walks with the easy strut and confidence of a harden street-player; who knows they own the room, so why bother?

Mae Muller talks and sings her words alive and comfortable on the beats. Her casual conversational style belies the finesse and skill with which she composes her lyrics; Muller bringing image and insight throughout verse and chorus, as she chats away, with hard-earned, yet apparent ease. In the words of her bio, speaking, ‘..directly to and for her generation’.

A stand out track that stands back and draws you to it, “Leave It Out” is further evidence of the striking talent of Mae Muller. An Artist capable of delivering that most rare and precious of commodities; pop with integrity. An Artist with something to say and something people want to hear. Mae Muller is an Artist with a bright and long future.

Share your music via Thursday’s #Musichouruk 8 pm – 9 pm (UK Time) for considering on our New Music Monster Playlist and review as one of our New Music Picks!

You can now submit / recommend new releases for our New Music Monster, every Friday via our new Reddit!

About The Monster Thread
The #MonsterThread is a community of Independent Musicians, Bands and Artists supporting each other in making and sharing Indie Music.